Brutal Legend is a hack n’ slash, but when its not a hack n’ slash its a driving game and when its not a driving game, its a MOBA. As I’ve said before, I hate MOBAs, they’re time consuming and a chore. There’s a certain push and pull that people really love when there’s money involved. Well there’s no money or items involved in a single player game from five or six years ago.

Ophelia is the costar, the love interest of Jack Black’s character, Eddie Riggs. She’s about a fifth of his size, but Eddie is a giant hulk of a roadie. Later in the game…. spoiler alert, but you’ll have to fight her MOBA style. Oh people like to refer to Brutal Legend as having real time strategy elements, but with the push and pull, it boils down to a boring, grind of a MOBA that took me two hours. Oh, but not two hours worth of tries, I mean two full hours with no deaths and without any sort of threat.

To give you some background information, Brutal Legend’s version of MOBAs are played with two champions that command the troops and can buff them with guitar metal solos. Both champions have a stage as their home base and you buy troops with fans. You get fans by performing a metal solo atop of a fan stream where a tower of a merchandise booth is then built over top of it. Its okay once you get the hang of it.

The more booths you have, the more funds are generated to buy troops. In this particular arena, there are six fan streams. Two by each stage, and one in each of two equal paths. So the arena is in a circle and that’s fine too. Now these troops have specific talents, like a rock, paper, scissors sort of thing. Roadies take out buildings like merchandise booths and stages. Bouncers take out mounted enemies like those on horses and steel horses. Its easy to understand with the descriptions. 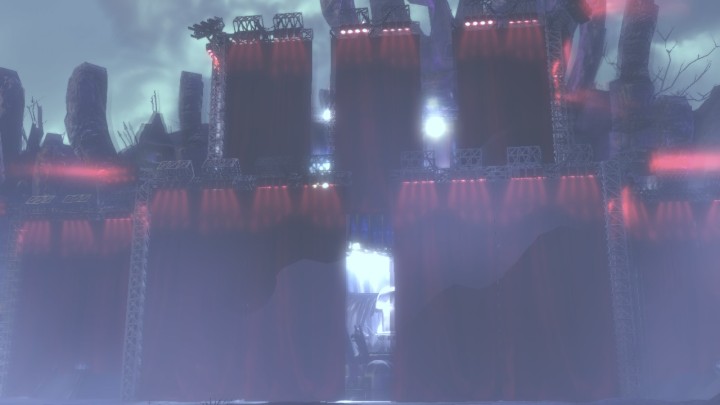 At first I was losing, and I was almost content to just restart the checkpoint, rather than waste time letting them ruin my stage, but I kept at it. I retook my two closest towers and then the two towers in the center. After that, it turned into an uphill struggle getting anyone to Ophelia’s stage.

I explained the rock paper scissors mechanic of the units to tell you that I’d spot Ophelia’s troops were mounted on horses, therefore I summoned in some bouncers to take care of them. What happened? She’d summon completely different troops to take out my bouncers. I couldn’t even find the mounted troops I had just seen.

At some point I managed to take her two towers, so I now had all six and she had nothing. Ophelia’s dark Tim Burton-esque goons would destroy the two towers I had over her two fan streams. She’d never actually appear. Its as if the game was glitched an hour in. If she wasn’t there in the game, she couldn’t build towers. She couldn’t fight back. 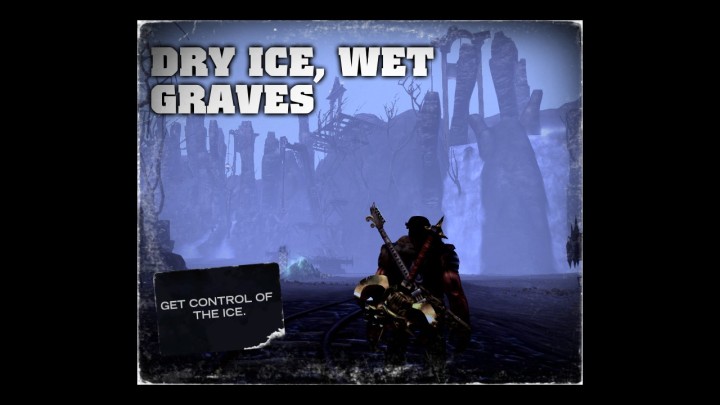 Even though she was no where to be found, her squadron would always meet me halfway to her stage and decimate my troops over and over again. There was just no way to stay alive. Even my character would be murdered by their strength. Lucky for me, death in the MOBA sections simply respawns you at your stage.

I started doing guitar solos to buff my troops. I’d use face melting solos to no avail. Around 90 minutes in, I started to ponder if I’d be able to finish in this sitting or should I give in?

Then out of sheer boredom, I just started experimenting. Several head bangers and razor girls, the two most basic of units. One is melee, the other is ranged. They were slaughtered as well, no matter how ridiculous their numbers. I never had to save up, I just immediately had enough fans from the pools to keep a full army. The only problem was waiting for them to spawn and then to walk into battle. I had wings and could fly, but no one else did. 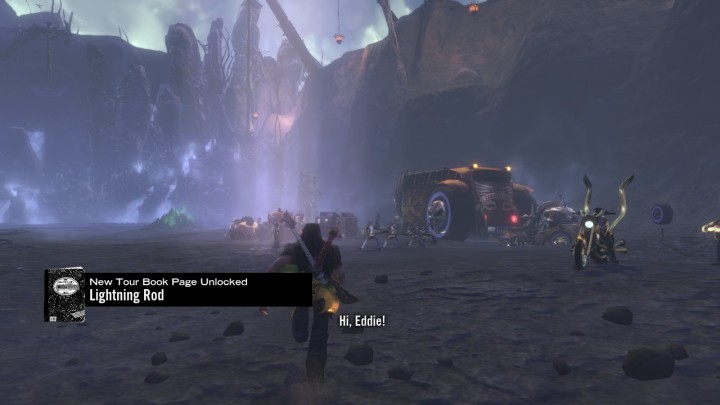 It was just painful hanging out, waiting for them each and every time. I had my own bikers, which are definitely faster, but they felt worthless when Ophelia would just spawn something to counter them. Well Ophelia or an invisible force. I’d get tired of waiting and fly to the two destroyed merch towers, do a solo to build them only to have them knocked down by her army over and over again. There was nothing else to do while waiting.

I was wild with ideas, I summoned in my car and started running down the eerie enemies, but while I’d survive, they’d destroy my car and my troops. Everything was just useless. I even tried taking the other path to no avail. 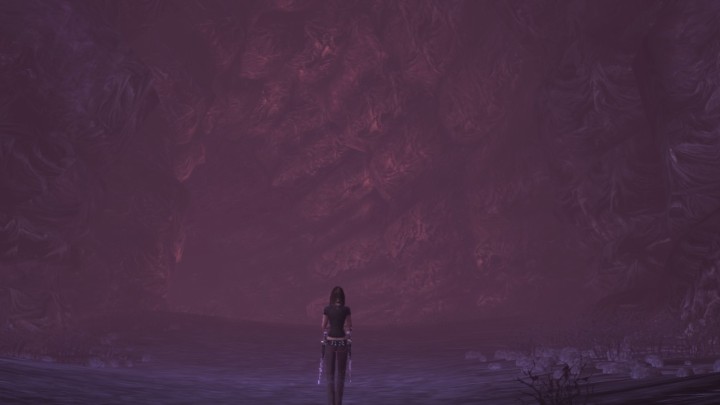 Around the two hour mark, I decided to write up on the official forum and ask for hints, tips or tricks to beat her. Then, five seconds after writing the thread, I went back into game and her stage fell. I’ve always said, nothing happens until you complain about it.

When I got out of the game, I discovered that Steam had been taking screen shots every moment I was in the battle. Just that battle, no other battles mind you. Two hours worth of video in screenshot form. I immediately deleted them all, which is why I don’t have any screenshots of the battle itself. I’ve never had that happen before with any game. It didn’t even happen during the other MOBAs in the game, just that one. I would say my F12 key was stuck, but then it would have been after the battle as well.

One thought on “Brutal Legend Blog (2 hours on Ophelia)”