For the fourteenth chapter of the game, Issac found himself stalked by death itself instead of just a crazy ex girlfriend. Death is an unstoppable specter, a large version of a common necromorph. Even with all of its limbs cut off, it will regenerate and continue stalking a middle aged man.

Faced with death itself, the final chapter of the game made Issac realize there is a path in life away from death. Into the arms of a woman you love and away from the fact that death is all that’s left. He explored the possibility of being with her and kids.

When I first faced off in a tango between two lovers, I had virtually no ammunition. None in my cutter, and a dozen shots in my rifle. I came up with a way to win this final tango even with such little ammunition. I would slow her down, then punch her in the face. This is a tango, a battle of two people on a dance floor. Once she takes a hold of Issac he’s lost, because apparently he doesn’t want to be with her.

The dance floor is a shadowy place, difficult to see even with pretty bright lights. Its tough for Issac to see who she really is, but he soon finds out, she wants commitment and kids. A lot of kids. 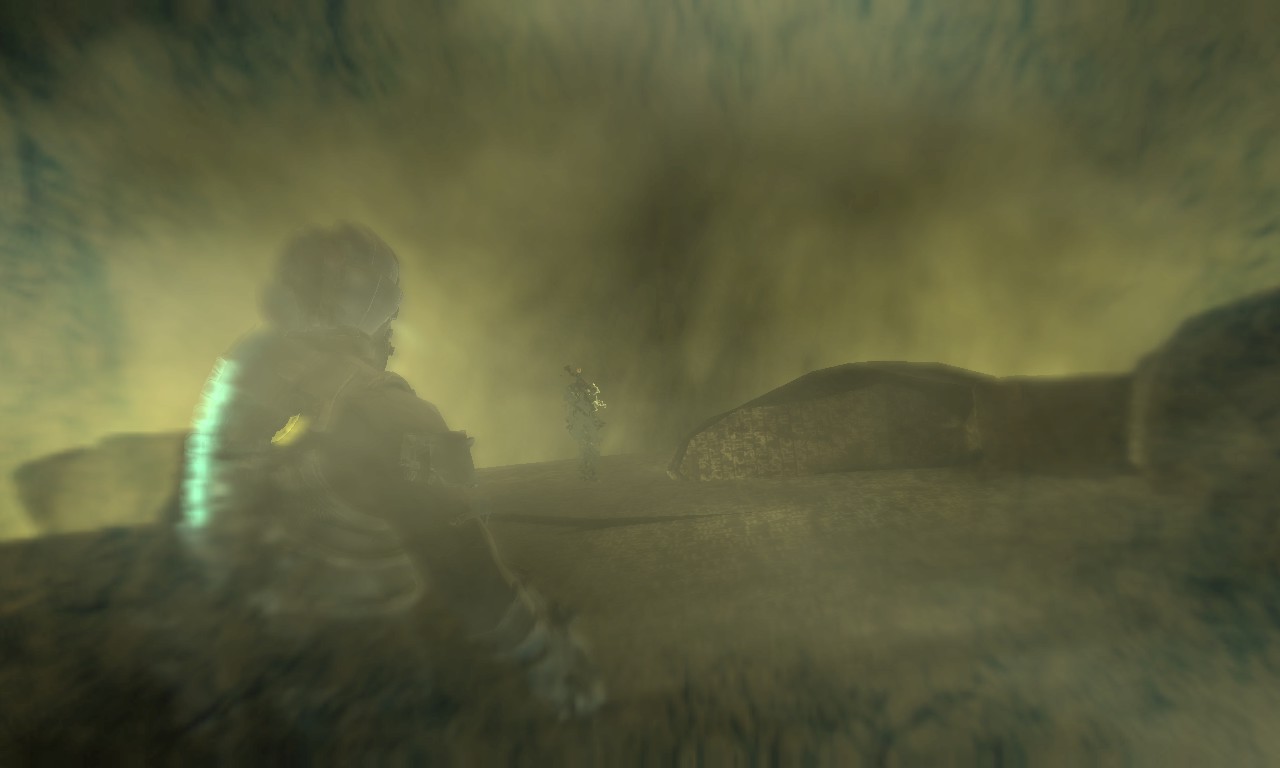 Using my slow punch combination, I managed to win the first round twice only to get overtaken in the second round. I wasted half an hour struggling with no ammunition and all the health in the world. Health means nothing when one hits mean commitment and a life full of children and misery. I’m not saying everyone is miserable with kids, but Issac would be.

The kids crawl into the scene and overrun Issac. With no more powers to slow down time, Issac was swarmed each and every time by the children. If they didn’t get me, his girlfriend’s commitment would. This is why the game needs microtransactions. While I hate microtransactions, the Dead Space franchise can really paint you into a corner with limited ammunition and health. The enemies drop random loot, but if you can’t survive, you have to restart a save file, which I ended up doing.

I made it back to the dance floor with a lot more ammunition and tactics to use against his partner. In the end, Issac was still overwhelmed by the third round. Kids are easy to beat with just one punch, but the third wave will have three children ripping Issac apart. Not to mention his girlfriend when she gets her claws on him.

It took a good hour to dump her and like always, the one he voted off the reality show took him back when he realized he had made a mistake. She came in on her white horse, picked him up and yelled at him for his stupid choices in life. Issac could be with her forever, safe from death and a life with children that weren’t even his own. True love had prevailed. I prevailed.