One of my fans demanded that I return to Proteus. This island isn’t some haven or vacation. It is a gaming prison. No doors, no keys, no jumping, no running and no way off the island. Forced to spend a year in solitary confinement. Alone on an island, but yet not alone. There is the wildlife. Crabs on the ground, bees chasing me through the forest, a flock of chickens and an ominous snow owl that watches me from afar. These are my roommates. My only playthings on a bright and vibrant island. 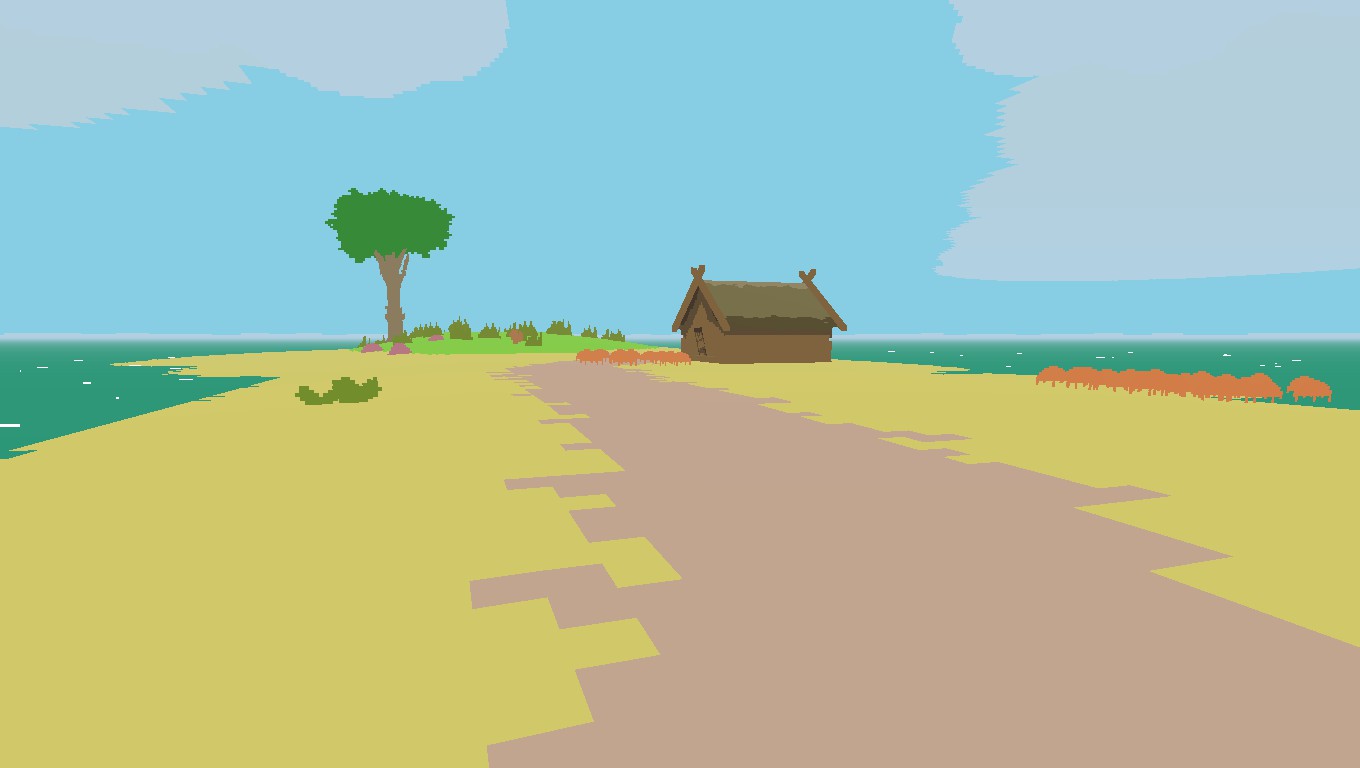 This time on the island, I managed to find the circle of totems pretty quickly. Then I found a cabin on a peninsula. After that, I discovered the fat world tree and the squirrels that frolicked beside it. Its a beautiful place to be alone. In a way there were still others here, because tombstones littered the ground. Everything makes a sound. My walk, the crinkle of pixelated leaves, toads hopping away and even the stars themselves made a harmony.

Spring turned to summer. The bees were swarmed around various trees. Some may say that bees belong to the spring to pollinate flowers, but for anyone that’s ever been to a theme park or opened a can of soda, they know that bees love the summer. I had completely explored the island thoroughly. At some point I just wandered along the sandy beach outline of the safe haven from hardcore games.

Fall rose before I knew it. Everything was orange and flaming red. The wildlife was on its back. This land was slowly dying and so was everything on it. There was a glimpse of what was to come. I saw trees with no leaves, brief glimpses of a red sky with swirling stars as if Armageddon was there. It was only a daydream it would seem. Everything returned back to normal with leaves on the trees and the clouds coming closer to the ground.

Winter came one night. The island was bleak and everything was dead and white. The leafless trees looked like giant thorn bushes. There were no animals. Nothing but me. I scoured the island, but found nothing but white snow that covered the ground. An overcast sky shadowed the trees with a purple hue.

Then as I went to the cabin on the beach, I began to slowly drift away. No not into the water, but the sky. I was being pulled off the ground like I had the year prior in Proteus. Soon I was at the clouds themselves when I had just had my feet in the snow. Through the clouds I went, higher and higher, realizing that I had succumb to everyone’s fate on Proteus. Up I went, looking at the stars ahead of me. Their light guiding me off the island. I was free again. My sentence was over. I had left Proteus behind. The time spent on Proteus had made me a calmer and better person. Goodbye my prison. I will never forget you!