The Limited Edition comes with two things that really define it. Ripley’s pulse rifle / flamethrower combo and four multiplayer skins from the Aliens movie. The four skins are Hicks, who is already in the single player, Hudson, played by Bill Paxton, senior officer Sgt. Apone and Pvt. “Acid Bath” Drake. The DLC doesn’t come with the season pass.

These skins are not customizable in any way. You get them in their uniforms from the movie. The models are believable. Hudson doesn’t have a helmet, Hicks face isn’t horribly scarred as it is in the single player. Apone is a guy in a hat with the cigar, Drake is decked in black with a bone necklace and light camouflage pants. You cannot remove their helmets, add things or change the color of their uniforms. They’re stuck as is. In a game about stealth in the darkness, do you want to be the guy with light camouflage pants or do you want to be the one that blends in? 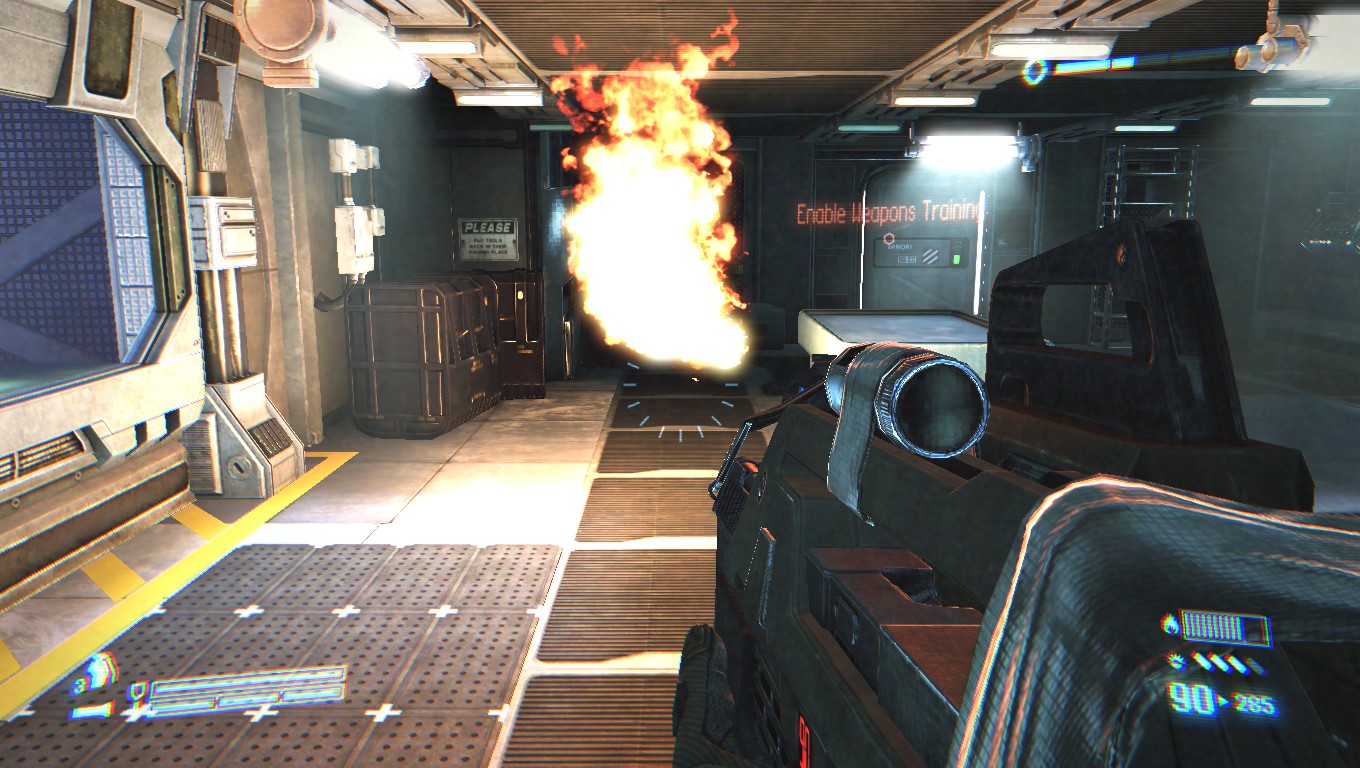 Other than their skins, there is nothing special about them. You still chose your loadout. No one gets special Hudson powers or anything. Michael Bean plays Hicks in his multiplayer skin. As for the others, I don’t think the voice actors are the real actors from the movie.

Now for the real upgrade this DLC brings and that’s Ripley’s combo gun. It does three things. It fires a pulse rifle, it incinerates and it has a grenade launcher. Its nothing new really, but its a combination of everything that makes it fun. There are a few downsides though, the aim button is now the flamethrower button. So there is no aim, but how can one really aim two guns at once while carrying a child? The other negative is that it will take up almost half the screen. You’ll be blind to your right side. Take the good with the bad.

By default it has a clip of 95 bullets and ammunition is everywhere. Even with no aim, it feels a lot more accurate than other pulse rifles. You cannot upgrade the weapon like the others, but it feels powerful enough. Not just that, but its fun to use. When you start the game, you just have it in your arsenal. You won’t get to use them in the Stasis interrupted DLC. There isn’t any sort of mission where a rescued marine wonders if Ripley is alive and demands you find her, but only discover her gun.

Overall, these two make the DLC pack worth getting for fans of the Aliens franchise. It just offers more diversity. I’d also like to point out, how ‘Limited Edition’ is this pack when I bought it 2 years after the game’s release?