I highly recommend the Walking Dead. This is more of an interactive story that anyone can play wrapped together like a point and click adventure. Most of the time, you’re just watching a great story play out with excellent voice acting. It is based more on the comic book than the TV show, but the first episode does have a character from the TV show in a cameo. The story will have you playing Lee, a man that starts off in police custody until a zombie apocalypse happens. You will meet a little girl named Clemontine and basically be her guardian. The story is littered with crazy and hotheaded characters, along with pleasant and reasonable ones for a nice contrast.

In this story, you make decisions that affect lives. Who lives and who dies. After completing the game on PSN and going through it on Steam, I have a pair of play throughs contrasting. Even small choices like who you side with in arguments will drastically affect the dialog, but not the story. Everything will unfold in a way that is pre determined, but its always your choices that will get you to the same place. 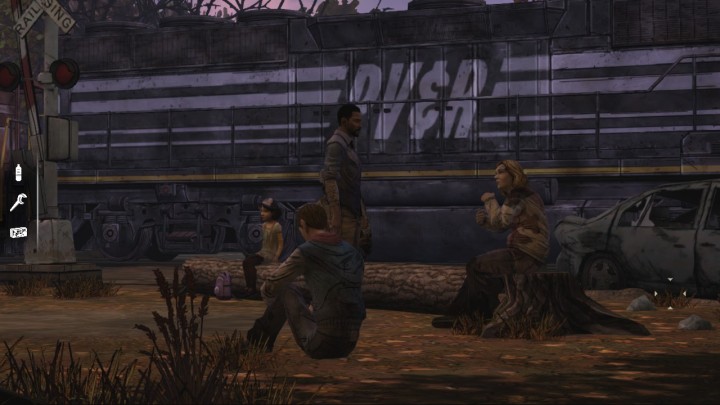 Basically someone will always have to die and someone will always hate you. The story gets pretty intense and they talk about topics that no other video game would touch, such as killing kids. Its not all heavy, there is some humor sprinkled in and moments of down time. Because of the choices, this warrants several play throughs, but nothing really changes the game, so much as the dialog and how people react to you.

The game is broken into 2+ hour episodic chunks that come out every so often in 5 episode ‘seasons.’ You can either buy the episodes one by one, or buy the season pass. There is even an interlude episode to bring you from the first to second season. Personally, I say wait until a season is over to buy the entire season than play episode by episode month after month when they come out.